Personalized Care for Your Pets

At Millcreek Animal Hospital you’ll find a special skilled veterinary staff dedicated to compassionate care for your pet. Made up of primary animal health care providers and seasoned veterinarians, you’ll find people who show love and compassion to animals. 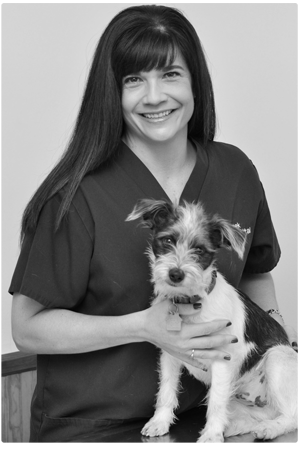 Dr. Barkley received her BA from Wake Forest University in 1991 and graduated magna cum Laude from the University of Georgia College of Veterinary Medicine in 2000. Immediately after graduation, she joined Millcreek Animal Hospital. Five years later, Dr. Barkley was presented with the opportunity to purchase the clinic – allowing her to continue doing the job she loves most while pursuing the dream of owning her own business. Today, Dr. Barkley is still an active part of the clinic. She specializes in small animal surgery and medicine and thrives on helping her patients live the happiest and fullest lives. She has been married for 19 years and has three beautiful daughters. The Barkley family has two dogs – a gentle Golden named Erica who was adopted from The Seeing Eye and a spunky, mixed breed named Peedee. Six cats round out the family – Elvis, Eva, Tripod, Oliver, Cooper and Pirate. When not working, Dr. Barkley is an avid runner and gladly donates her time and expertise to charitable organizations – most notably Carolina Wildlife and The Heartworm Project. 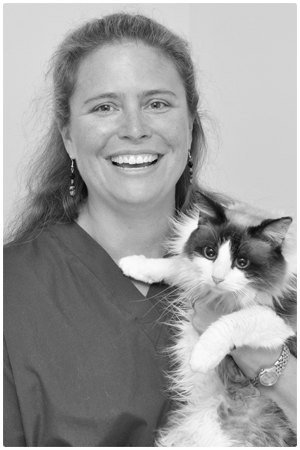 A native of North Carolina, Dr. Brooks attended undergraduate school at Vanderbilt University followed by veterinarian school at the University of Georgia College of Veterinary Medicine. She joined the staff of Millcreek Animal Hospital in 2004, previously having practiced at Sunset Animal Clinic and Kingstree Animal Hospital. Dr. Brooks is especially interested in small mammals and wildlife cases. 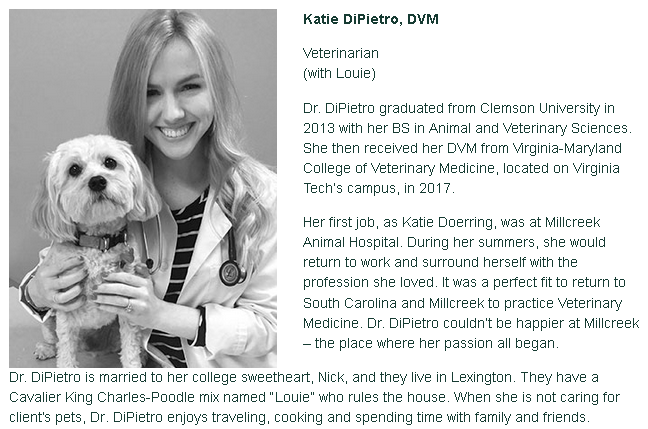 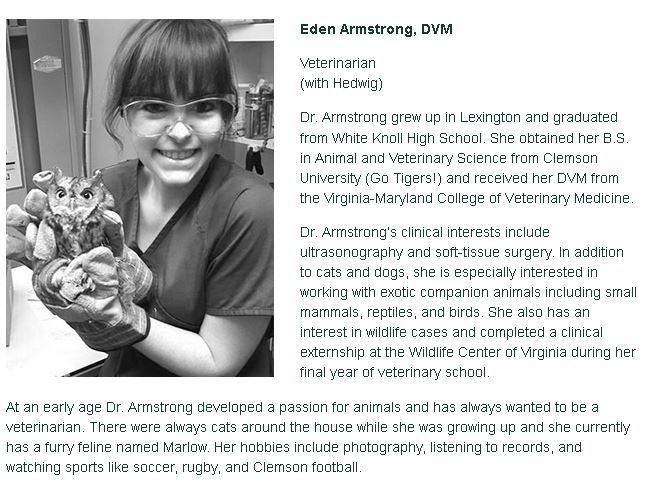